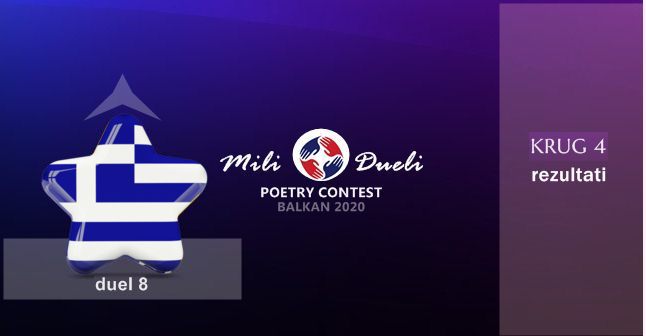 Opinions of the rest of Jury Members

Their mentor, Lena said: “Rania uses words who transformers them to pictures with out to say it loud. Illias is using Greek beautiful words they have sound but I miss the coralliation of this during reading his poems..Demetra has dynamic and potential strength but I didn’t see it this time…I think Rania did a great work…In such less words can describe so many different worlds..She breakes the walls of fear…

You can read poems by Greek authors here: